Postpartum Infectious Sacroiliitis Temporally-Related to Continuous Labor Epidural Analgesia: Was the Epidural to Blame? A Case Report and Review of the Literature

Infectious (bacterial) sacroiliitis, though rare, yet needs to be considered at the differential diagnosis of back/leg pain in parturients. The following is a case of infectious sacroiliitis in a postpartum patient that presented four days after delivery with hip and leg pain. Interestingly, the patient’s labor analgesia was conducted with a continuous lumbar epidural analgesia; however, a causal relationship remains to be determined....

As the recent update of General Anaesthesia compared to Spinal anaesthesia (GAS) studies has been published in 2019, together with other clinical evidence, the human studies provided an overwhelming mixed evidence of an association between anaesthesia exposure in early childhood and later neurodevelopment changes in children. Pre-clinical studies in animals provided strong evidence on how anaesthetic and sedative agents (ASAs) causing neurotoxicity in developing brain and deficits in long-term c...

A 51-year-old male presented to the emergency department with four self-inflicted nail gun wounds. Computed tomography angiography demonstrated three nails penetrating the frontal bone toward the falx cerebri causing small subdural hematomas. The fourth nail penetrated the parietal bone posteriorly, ending very close to the vein of Galen. Despite the ominous-appearing imaging, the patient was neurologically intact and cooperative to the point that consideration was given to the possibility of re... 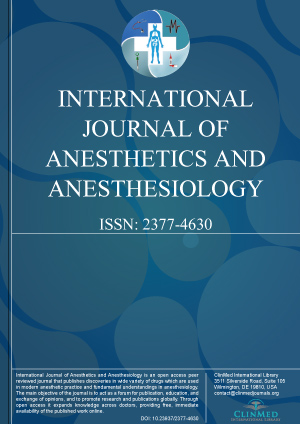