Pilocytic astrocytomas are tumors of the central nervous system mostly during the first two decades of life. Although they are mostly common in the midline structures of children, pilocytic astrocytoma within the ventricular system of an adult is rare. To our knowledge, only one single histologically and molecularly confirmed case was documented in the literature up to this time. We report a case of a 38-yearold woman with obstructive hydrocephalus secondary to a brain tumor within the third ven...

COVID-19 is an emergent disease with reported neurotropism and neuroinvasion, although its pathophysiology is not yet understood. We present the newly discoveries and hypothesis for SARS-Cov-2 neurological infection. Recently, the first case of encephalopathy associated with SARS-COV2 infection described was published. The patient rapidly progressed from fever and cough to an altered mental status, headache and unresponsive to verbal commands, with no alterations in the liquor, suggesting that t...

Machine Learning (ML) is a contemporary technique of artificial intelligence. These methods are exponentially rising in the medical field, especially in diagnosis and disease predictions. The present study was aimed to develop a decision tree model to predict late-life Alzheimer’s disease (AD). A dataset of 150 subjects along with 373 MRI sessions demographic values were considered in this paper. Pruned decision trees (J48) were employed to do predictive analysis on AD subjects. Model validati... 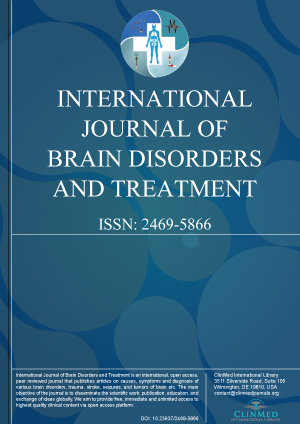