The aim of this study was to confirm the efficacy and tolerability of Quetiapine XR as monotherapy in the treatment of Major Depressive Disorder (MDD) and determine the optimal dosing regimen to maximize efficacy and reduce non-compliance due to side effects. This was a 12-week study with MDD subjects. The primary outcome measure was the Hamilton Rating Scale for Depression (HAMD) total score comparing baseline to end of treatment at week 12. Other assessments included the Hamilton Rating Scale ...

Review of the Effect of Religion on Anxiety

Very little information is available about the influence of religion upon anxiety. The objective of this article is to review the medical literature regarding the influence of personal religious belief and religious-based activities on anxiety. Studies were reviewed evaluating anxiety and the effect of religion in peer reviewed medical literature by using search terms in PubMed and Cochrane data bases. There were 32 studies included. This review showed, in almost every study, that religion in ge...

The point of this article is to make a diagnosis of psychological voice disorders easier by reviewing germane to the subject literature. Current view on terminology, classification, clinical manifestation and underlying psychological background of this rare condition is given. Secondly our aim is to asses prevalence ratio of psychological voice disorders in a group of 1520 professional opera singers-people with the most challenging voice effort among professional voice users. Our findings contra...

With the increasing life expectancy in the world, chronic diseases are seen in elderly individuals. There is currently no treatment that can prevent, stop or cure Alzheimer’s disease, one of these chronic diseases, or slow down neurodegeneration in AD. The treatments used are symptomatic treatments to slow down the course of the disease. Since the 1960s, psychosocial interventions have been used in addition to medications in the treatment of AD and its use has increased after the 2000s. One of...

Major depressive disorder (MDD) is the most common psychiatric disease and it affects millions of people across the world. Patients suffering from MDD consistently complain about cognitive disturbances, significantly worsening the burden of this illness. The second most frequent mental illness in Europe is mood disorders and they are dominated by MDD, aﬀecting 7% of the population. The recent discovery that the N-methyl-D-aspartate receptor (NMDAR) antagonist; ketamine; a revolutionary novel a... 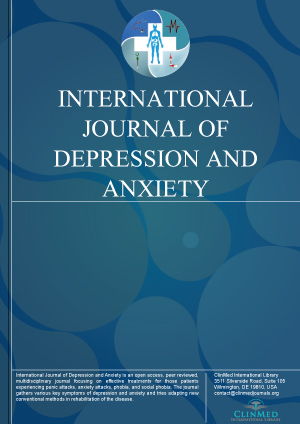