Bio-Active Designer Materials and Dentures: from Design to Application

The bio-active modified polymethyl methacrylate denture resins (PMMA) were prepared by dispersion of the corresponding component in glycerol and acetic acid with the addition of chitosan gelling agent. The release behaviors at physiological pH and also under acidic conditions and stability of the antioxidant-chitosan were also evaluated. Mechanical performance such as tensile strength and compressive strength were measured as well bio-adhesive studies were investigated in order to assess the sui...

A novel, facile DNA detection method based on aggregation/disaggregation of an AIE (aggregation induced emission) dye-labeled peptide nucleic acid (PNA) probe was developed. This PNA probe plays the role of both target recognition and signal emission, thus it can quantify the target DNA without requiring additives such as intercalators and can distinguish the target from other sequences....

Nanotechnology is one of the most popular branches of science in the current decade where nanofiber scaffolds (NS) attain principal attraction. NS are composed of several nanometer to micrometer diameter fibers similar in nature to collagen, keratin and elastin fibers of the extracellular matrix (ECM) and helps in cell attachment, proliferation and differentiation. NS with desired features can be fabricated using various chemical, physical and biological methods such as electrospinning, phase se...

Metal ions are notorious environmental contaminants, some causing toxicity at exquisitely low (ppm-level) concentrations. Yet, the redox properties of metal ions make them attractive candidates for bio-therapeutics. Titanates are insoluble particulate compounds of titanium and oxygen with crystalline surfaces that bind metal ions; these compounds offer a means to scavenge metal ions in environmental contexts or deliver them in therapeutic contexts while limiting systemic exposure and toxicity. I...

It is a great challenge to simultaneously engineer the three MEFs in a single effort to create physiologically relevant cell culture microenvironments. A survey of the literature has shown that in such a scenario some MEFs may not be as important as others....

Bnct and Nanoparticles: A Long Way to a Routine Clinical Method

We have recently had the chance to read the editorial 'Boron Neutron Capture Therapy of cancer as a part of modern nanomedicine', by Alexander V. Safronov, in which the potential of nanomaterials as boron-carriers for the treatment of many types of tumors by BNCT is discusses. The author argues that "Most of the modern papers on BNCT report 'potential' BNCT agents [...] and don't even include cell studies", and "In some cases the abbreviation BNCT may become a 'golden ticket' for authors who jus... 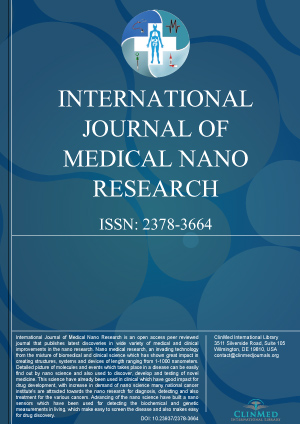