Neovascular glaucoma (NVG) is a severe complication that may follow pars plana vitrectomy (PPV) for diabetic macular edema (DME). The objective of this study was to evaluate the effectiveness of perioperative fluorescein angiography (FA) and targeted photocoagulation of the non-perfused area (NPA) in preventing the occurrence of postoperative NVG....

The purpose of the study is to determine the level of iron, its role in oxidative damage and to profile and measure the level of transcript expression of genes responsible for iron homeostasis in lenses of human cataracts. Human whole lenses (WLs) were obtained from donors' eyes (n = 33) within 8 hours of death. A total of 167 (control, n = 35 and cataract, n = 132) anterior central capsules (ACC) harboring lens epithelial cells (LECs) and lens aspirate containing LECs, primary and secondary len... 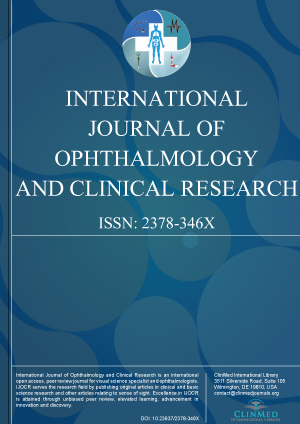