The A(H1N1)pdm09 virus is a major pathogen causing acute respiratory diseases (ARD) in children worldwide, leading to high rates of ambulatory consultations and hospitalizations. The seasonal influenza of 2012/2013 in Germany was unusually severe, leading to higher numbers of hospitalization rates as compared with previous seasons. This trend was even notable in our tertiary care Children's Hospital at the University of Bonn, Germany....

Subacute Metacarpal Osteomyelitis in a Child

Subacute osteomyelitis is a rare affection. Clinical presentation is often unclear and can lead to a delay in diagnosis. As a matter of fact, subactue metacarpal osteomyelitis is usually missed at the first time, so that some complications may occur like brachymetacarpia or loss of motion. We report a 10 year-old boy, with a subacute metaphyseal osteomyelitis of the second right metacarpal bone. The radiological features can mimic various benign or malignant bone tumours and non-pyogenic infecti...

The creation of adequate smart monitoring solutions at home can provide professionals with reliable information about the health status of a child. Furthermore, toys and playing are crucial for the overall development of a human being. Hence, the aim of this research is to improve the exactitude of traditional evaluation methods by embedding sensors into daily life toys that provide professionals with added value supplementary evidence enhanced by Decision Support Systems (DSS). It will be possi...

Characteristics of Pseudomonas aeruginosa Infection in a Tertiary Neonatal Unit

It is a rare cause of neonatal blood stream infections in developed countries and most studies report its occurrence in the setting of an outbreak. We present data from a busy tertiary neonatal intensive care unit in Australia, over a 12-year period. During the study period, we found 6 cases of P. aeruginosa blood stream infection (0.5% of total positive blood culture episodes and 4.2% of total gram-negative culture episodes)....

Folic Acid and Iron Supplementation in Children with Insufficient Diets in a Developed Country, a Randomised Controlled Trial

In developed countries, dietary intake of pre-schoolers is sometimes inadequate. Not because of insufficient provisions, but due to picky eating and behavioural feeding problems. Micronutrient deficiency could be a result, but is most of the time difficult to detect due to failing laboratory evaluations. Iron deficiency is the most common detected nutritional deficiency in children; other deficiencies may be present but are also hidden because they cannot always be found in routine evaluations. ...

Cross-sectional study in school children 8-12 years of age; Leptospira identification tests (IFI and Dark Field: Microbiology and Parasitology Department, FM-UNAM) were performed and risk factors were researched. Those positive to IFI (cutoff 1: 80) and dark field in blood and urine were considered positives. Prevalence, prevalence ratios, and multivariate analysis were estimated....

Clitoral Hair Tourniquet: A Case Report and Review of the Literature

Hair tourniquets are uncommon occurrences in children that can have devastating consequences. They tend to be found on fingers and toes, but have also been reported to involve the genitalia. We present a case of a hair tourniquet involving the clitoris of a child. A high index of suspicion is necessary in order to facilitate early diagnosis and treatment....

Tooth injuries constitute an integral part of clinical dentistry. Complicated crown fracture and crown-root fracture are the most common injury in the permanent dentition. The success of treatment and prognosis of the traumatized tooth depends on accurate diagnosis and treatment procedures and materials....

Acute kidney injury (AKI) is a relatively common condition encountered in everyday paediatric practice. It remains a significant contributor to preventable deaths especially in resource constraint regions of the world largely due to lack of dialysis services. This 3-year data analysis (2010-2012) was undertaken to determine the aetiology and treatment/mortality outcomes of children with AKI presenting to a Teaching Hospital in Ghana. AKI was defined in this analysis by the RIFLE and KDIGO cri... 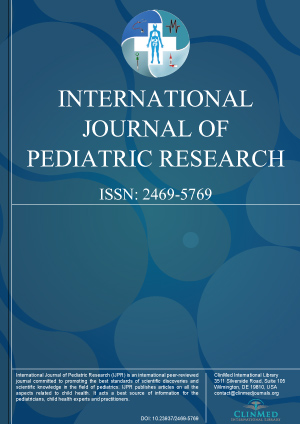