Bechet's disease is a multisystemic process that can mimic many other diseases. Neurological features can be its first-onset symptoms. Brainstem is usually affected, so that a wide differential diagnosis is mandatory. We report the case of a patient who developed a fulminant and rapidly progressive brainstem encephalitis owing to NeuroBechet's disease. Bechet's disease (BD) is a hard-to-diagnose entity. Neurological features can sometimes be the first manifestation of the disease. Its symptoms c...

Dietary Intake and Hedonic Preferences for Sodium in Children, Adolescents and Young Adults with Barth Syndrome

Individuals with Barth syndrome (BTHS) present with decreased activity tolerance and high fatigability. Recent evidence suggests that differences in metabolic function in BTHS negatively impact the production of aerobic energy for activity and maintenance of muscle mass. Recommendations on a metabolically beneficial diet are complicated by selective eating behaviors often seen in individuals with BTHS. While known to be selective eaters with a preference for salty foods, there is limited evidenc...

Adult-Onset Epilepsy in Klinefelter Syndrome? Cognitive and Neurophysiological Evaluation of a 56-Year-Old Man

Klinefelter syndrome (KS) is one of the most common sex chromosome abnormalities and several cases are documented where children with KS present with epilepsy. Also, cognitive function deficits are common, despite high-functioning cases might occur. However, most reported cases are children or young adults. This case suggests that high-functioning patients with KS may present with epilepsy-typical activity, that could be indicative for late-onset epilepsy. Diagnostic means of routine EEG can be ...

Baseline Knowledge of Rare Diseases in India - A Survey

Recently, rare diseases have received worldwide attention. The developing countries have fallen seriously behind in regards to awareness, drug development, diagnosis, and social services. India, which has one-third of world rare diseases population, has neither accepted definition for RD nor an accurate assessment of the problem. Due to the exorbitant cost of orphan drugs, difficulties in diagnosis and treatments, the Indian government is often in a dilemma as to how to effectively, and efficien...

Cladribine in the Treatment of Systemic Mastocytosis, a Review of the Literature

Mastocystosis is a rare disease for which treatment with cladribine (2-chlorodeoxyadenosine) was first reported in 2001. Cladribine has meanwhile been administered in over hundred reported cases and is available for intravenous and subcutaneous administration. Cladribine has mainly been used in systemic mastocytosis and in larger series responses were obtained in over 50% of cases in which treatment with H1/H2 blockers, interferon or tyrosine kinase inhibitors did not induce a response. Literatu...

Is Phoenicia the Origin of the N1303K CFTR Mutation?

The history of Lebanon, characterized by flows of different ethnic groups, has enabled the introduction of new genes and a wide variety of genetic diseases. The early development of medical services in Lebanon has facilitated the detection of many inherent disorders. CF figures among the 184 reported genetic diseases of the Lebanese population. Even though no epidemiological studies were performed to determine the CF incidence in Lebanon, multiple factors advocate that it could be relatively hig... 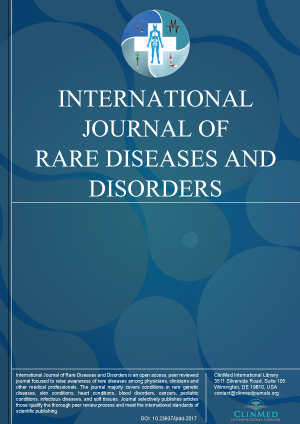