The possibility of an increase in brain glucose metabolism after intrathecal administrations of autologous mesenchymal stromal cells (MSCs) has been recently reported, suggesting a role in the treatment of neurological disorders. We describe here the utility of this type of cell therapy in chronic neurological sequelae due to cerebral hemorrhage. A 49-year-old female suffered from 2009 severe neurological sequelae after spontaneous intracerebral hemorrhage open to ventricle in the left frontopar...

The authors report the case of a 40-year-old man who suffered paraplegia from 2013, due to shot by firearm. In april 2017 he underwent cell therapy consisting of administration of autologous bone marrow stromal cells (BMSCs) into injured spinal cord and subarachnoid space by lumbar puncture. Throughout one year of follow-up, the patient experienced clear improvement in sensitivity, motor, and sphincter functions. After BMSCs administration, studies with 18F-fluorodeoxyglucose positron emission t...

Dynamic conditions stimulate the bone remodeling process by improving the nutrients transport and increasing the expression of osteogenic cells. The purpose of this study was to evaluate the effect of mechanical stimulation on the osteogenic differentiation of human adipose-derived stromal cells. Bone fracture defects require an interventional treatment which is dependent from the size of the injured site: Whereas smaller bone defects may be spontaneously solved and comprise minimal intervention...

Bone marrow mesenchymal stem cells (BM-MSCs) are the best adult stem cells that can be used for autologous regenerative medicine. These cells are easily manipulated for use in cell therapy. Therefore, rapid and simple method for culture MScs is needed. In this paper, we are showing simple and robust method for culturing the stem cells. The cells were flushed from the bone marrow of the thighbones of mice and cultured directly in tissue culture flask. Purification of BMSCs were based on the abili... 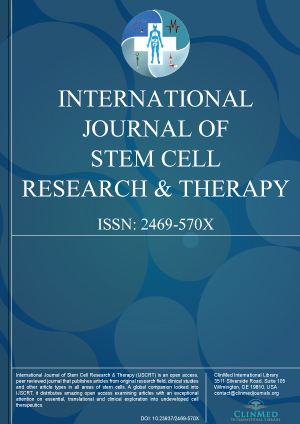