With over 2 million annual new infections of human immunodeficiency virus (HIV)-1, and more than 30 million HIV-1 infected people around the globe, the HIV-1 pandemic has continued to remain a front burner in the medical research community and an important public health debate. Till date, there is still no cure or vaccine for HIV-1 infection. Though current antiretroviral therapy (ART) is potent enough to reduce viral load of the infection to below detectable limits (< 50 copies/ml), antiretrovi...

One of the main feature of Ebola virus is that Ribonucleic acid (RNA) plays more significant part instead Deoxyribonucleic acid (DNA) similarly as its hereditary material. When RNA is mirrored, many more mistakes are made than when DNA is mimicked. This activates viruses like the Ebola viruses a predominantly high mutation rate when distinguished to DNA based viruses like smallpox or chickenpox. In the study of Ebola outbreak, experts found that the virus evolves much faster than it used to be i...

Although human immunodeficiency virus (HIV) first came to our attention thirty-seven years ago, the acquired immunodeficiency syndrome (AIDS) which it causes is, without treatment, 100% fatal with devastating consequences for millions of people...

In 2015, we described short continuous fragments of human herpesvirus DNA, identical to the cellular ones, which we called microhomology (hits) because of their small size (≥ 20 nt). We noticed that generally the increase in the density (D) of these hits in human herpesviruses is inversely proportional to a decrease in the pathogenicity of these viruses. In this small work, we are considering the question of the existence of more objective features of HHV DNA (which can accompany the dynamics ...

Modeling the HIV Epidemic: Why the 95-95-95 Target and ART Effectiveness Parameters Matter

HIV remains a major global public health threat with one million HIV-related deaths, two million new infections and over 1 million HIV-associated TB cases each year. However, population-based studies suggest marked declines in incidence, prevalence and deaths in the countries in East and Southern Africa that have expanded antiretroviral treatment (ART) at the fastest rate in the world....

Infections are the major cause of morbidity and mortality in kidney transplant recipients. Careful pretransplant screening, immunization, and posttransplant prophylactic antimicrobials may all reduce the risk for posttransplant infections. Chronic immunosuppression, required to maintain allograft function post-organ transplant, predisposes transplant patients to a variety of viral infections....

Prevalence of Haematological and Serum Biochemical Abnormalities in HIV Infected Patients in Ghana, Before and after Antiretroviral Therapy

Highly Active Antiretroviral Therapy (HAART) has led to prolonged survival of HIV-infected patients. However, the long-term use of HAART has the potential to cause haematological and biochemical abnormalities such as cytopenia, liver damage and renal injuries, which may be life threatening....

Unlike other chronic diseases, people receiving anti-retroviral treatment should have very high levels of adherence (≥ 95%) to achieve durable suppression of viral load; avoid the emergence of drug resistance and clinical failure. Therefore, this study was aimed to assess level of adherence and predictors of poor adherence among adult ART patients at Dubbo St. Marry Hospital, Southern Ethiopia.... 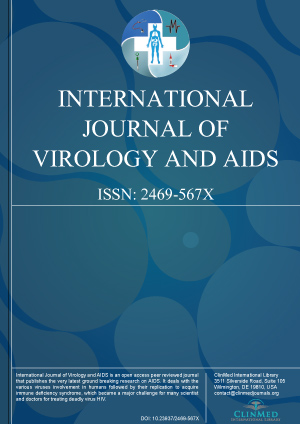