Assessing curriculum across undergraduate healthcare education can be challenging with potential heterogeneity. Focus on a subset of healthcare may indicate variability in curriculum content. Knee articular cartilage and associated injury and repair procedures demand attention; debilitation and development of osteoarthritis severely affect patient quality of life. The level to which musculoskeletal (MSK) therapy education encompasses this area across disciplines is poorly understood....

Jim A Youssef, Sue Lynn Myhre and B. Sonny Bal

When non operative actions for degenerative spinal disorders fall flat, surgical intervention frequently becomes the popular choice of treatment. Although the class of pathology matters, the surgical operation will generally include an arthrodesis procedure. The gravity of a successful initial fusion surgery is intensified not only by the growing number of arthrodesis procedures, but also by the rising costs for revisal operations. Additionally, fusion success appears to have an impact on patien...

These examinations were performed in pre-pubertal and early pubertal white European children living in one of the inner Buda districts of Budapest. This region of the city is populated by slightly more well-to-do families than the average. The selection was made in two schools. All parents of studied children provided written informed consent, enrollment included more than 90% of children in the chosen classes. To avoid the effects of pubertal changes as far as possible, the upper age-limit was ...

Ruojie He and Cheng Zhang

The immune response is a critical mechanism for dystrophic muscle pathology and muscle wasting in Duchenne Muscular Dystrophy (DMD). The inflammatory processes are supposed to associate with activation of the innate immune response like macrophages infiltration, T cell-mediated immune response, generation of cytokines and chemokines and the aberrant activation of NF-kB signaling pathway, which contribute to severe muscle necrosis and fibrosis....

The purpose of this study is to perform a practice management evaluation of CD-ROM imaging. Thirty-three patients who presented with images on a CD-ROM before and 33 patients after the addition of DICOM software were compared. Data collected included; site of origin of the CD-ROM, time in minutes spent to access the images, number of computers tried until images were viewed, cases of failure to view the images, quality of the images on a Likert 1-5 scale, and the need to repeat images.... 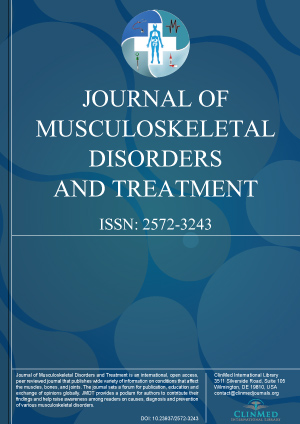