This study assessed the toxicity and antiplasmodial profile of the ethanolic leaf extract of Chromolaena odorata on Plasmodium berghei-infected mice. The extract was screen qualitatively and quantitatively for phytochemical constituents. Adult Swiss albino mice (20-23 g) of n = 5/group were inoculated with Plasmodium berghei intraperitoneally and were orally treated with the extract (250, 500 and 1000 mg/kg) and...

Re-Emergence of Monkeypox in Sierra Leone, a Challenge for Clinicians in a Developing Country, 2021: A Case Report

Monkeypox is an emerging zoonotic disease with potentially serious illness with similar symptoms as smallpox but with the distinguishing symptom of lymphadenopathy. On March 9, 2021, health authorities in the Koinadugu District in Sierra Leone reported a suspected case of monkeypox. We investigated this case to confirm the diagnosis, and to identify the source of infection and risk factors, and institute control measures....

First Few Cases Study to Investigate Clinical and Epidemiological Characteristics of COVID-19 in the Early Phase of the Response, Sierra Leone 2020

Sierra Leone reported its first case of COVID-19 on March 30, 2020. This report describes the clinical characteristics and the epidemiological features of the first few cases and contacts of COVID-19 in Sierra Leone....

Monkey-pox has been one of the most recent outbreak in more than 10 countries worldwide. Monkeypox is a DNA virus that is an orthopox virus family which is actually related to smallpox, but not as dangerous. So some key differences are that it is a DNA virus and whereas with SARS-CoV-2 which had 30,000 RNA codes basically, the monkey-pox is a double stranded DNA virus and its much larger virus which has 200,000 base pairs, so probably more pairs to sequence and probably more genes to sequence as...

Incidence and Predictors of Pregnancy among HIV Positive Women on ART in North West Ethiopia, a Retrospective Cohort Study

The objective of this study was to identify the prevalence and significant factors of incidence of pregnancy among HIV positive women under ART follow up.... 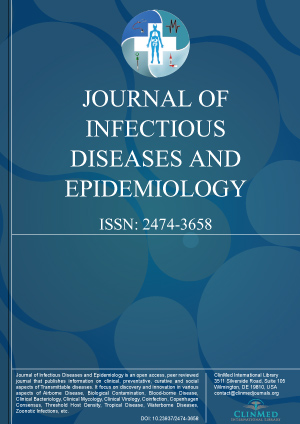