© 2019 Efremenkova O, et al. This is an open-access article distributed under the terms of the Creative Commons Attribution License, which permits unrestricted use, distribution, and reproduction in any medium, provided the original author and source are credited.

The effectiveness of antibiotic therapy is constantly decreasing due to the increasing spread of resistant pathogens. One alternative treatment for infections is the use of probiotics - living microorganisms that contribute to the normalization of the human microbiota. The aim of this study is to determine the antibiotic properties of the strain 534 as the intended basis of its probiotic activity.

The object of our research is the transient probiotic strain Bacillus subtilis 534 that is a basis of the drug Sporobacterin. The strain 534 was cultivated in submerged conditions and the obtained culture liquid (CL) was investigated for antimicrobial activity by diffusion into the agar medium method. As test objects, collection strains of bacteria and fungi were used as well as clinical isolates with different resistance to antibiotics. For preliminary chemical characterization, CL was passed through a column with Amberlite XAD-2 sorbent. Аntimicrobial components were desorbed with mix of n-butanol-acetone-water (1:1:1), resulting eluates were evaporated in vacuum to dryness and was dissolved in aqueous ethanol. The next purification of the antimicrobial components was performed in the column filled with Kieselgel 60 silica gel (Merck) using stepwise elution with chloroform-methanol solvents in different proportions. For determination of the active fractions, test strains of Staphylococcus aureus INA 00761 (methicillin-resistant S. aureus - MRSA) and Saccharomyces cerevisiae RIA 259 were used.

Under submerged cultivation, the strain 534 produces antimicrobial substances that suppress the growth of Gram-positive bacteria and fungi. The CL of the strain 534 inhibits the growth not only the test strains, but also clinical isolates with different antimicrobial resistance of the following Gram-positive bacteria and fungi: Staphylococcus aureus, S. epidermidis, S. capitis sbsp. urealyticus, Сandidaalbicans, С. glabrata, C. lusitaniae, Cryptococcus neoformans, Prototheca sp., Trichosporon sp. Although no activity against Gram-negative bacteria was detected in the CL, such activity was detected after CL concentration of approximately 800 times including activity against some clinical isolates of multidrug-resistant bacteria of the Klebsiella pneumonia and Acinetobacter baumannii species.

The spectrum of antimicrobial activity of CL indicates the ability of the probiotic strain B. subtilis 534 to produce antimicrobial substances active against wide range of bacteria and fungi, including those resistant to modern medical antibiotics. We consider this strain as a producer of antibiotics that overcome the drug resistance of pathogenic microorganisms and plan its further chemical research. 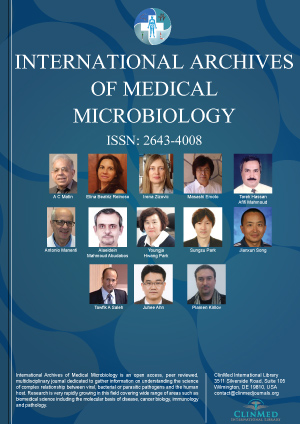