Streptococcus agalactiae (group B streptococcus; GBS) is gram-positive bacterium frequently colonized in pharynx, gastrointestinal and female genital tract. While the microorganism is also responsible for a wide range of infections which include sepsis and meningitis in newborn and chorioamnionitis and urinary tract infection in pregnant women, the incidence of invasive GBS disease has appeared to increase among non-pregnant adults and those with significant underlying conditions in the recent y...

Cutaneous leishmaniasis (CL) is an infectious disease endemic in tropical and subtropical countries. The current drugs have severe drawbacks that restrict their use and enhance the need for better drugs. Recently, the N-iodomethyl-N,N-dimethyl-N-(6,6-diphenylhex-5-en-1-yl) ammonium iodide (C6I) was identified as a promising compound for the topical treatment of CL. The need for oral drugs with potential use to treat cutaneous, mucosal and visceral leishmaniasis, in the present work were determin...

Vaginal infections and inflammations are responsible for the most demand at gynaecology, because the main complains are leucorrhea and vulvovaginitis, there is a specifically interest in cervix cancer prevention. The aim of this study is to understand the prevalence of vaginal infections cases and cervical lesions, found in women attended at health basic units from Igarapava, Sao Paulo state, Brazil....

Prognostic Factors in Breast Cancer: From Staging to the Immunohistochemical Profile of Patients with Breast Cancer in a Reference Hospital of Ceara - Brazil

Know the tumor stage of breast cancer and identify the immunohistochemical markers are important in the evaluation of predictive and prognostic factors, in the differential diagnosis of breast lesions and in the determination of the possible origin of metastatic neoplasms, besides helping to define the type of treatment. Cross-sectional and quantitative study of patients diagnosed with breast cancer, submitted to treatment at the Ceara Cancer Institute (ICC) mastology service from 2008 to 2012. ...

Streptococcus salivarius (S. salivarius) is a rare cause of purulent meningitis. We report a case of meningitis due to S. salivarius in 15-years-old Sudanese boy. Diagnosis was established based on Cerebrospinal fluid (CSF) findings. The patient responded well to systemic antibiotics and recovered completely without any neurological complications after proper supportive measures. In this patient the meningitis caused by S. salivarius was thought to be spontaneous. The importance of bacteriologic...

John-Cunningham virus (JCV) has been recognized as a major contributor to progressive multifocal leukoencephalopathy (PML) in humans, especially in immunodeficient patients. While the prevalence rate of PML in human populations could be up to 80%, the occurrence of tumorigenesis is around 0.07%. Thus, we investigated whether crude-oil extracts could synergistically increase the carcinogenesis along with T antigen from JC virus in vitro. Here we analysed the cell cycle distribution and cytotoxici...

High level of Antiretroviral Therapy adherence among HIV infected patients contributes to better treatments outcome and has additional importance in preventing the development of drug resistance. It also improves the quality of life and makes the patient live longer and healthier. The objective of the study was to determine level of adherence as well as factors influencing adherence to antiretroviral therapy among HIV infected patients in Nyamagana district, Mwanza, Tanzania....

Supercritical solvent impregnation is a modern technique which exploits the unique transport properties and qualities of supercritical fluids such as low viscosity, high diffusion coefficients, densities as in a liquid state and zero surface tension, for the fabrication of novel materials. The mentioned properties allow deep penetration of supercritical fluid with a dissolved bioactive substance into a solid matrix enabling even distribution of the active substance through the whole volume of th... 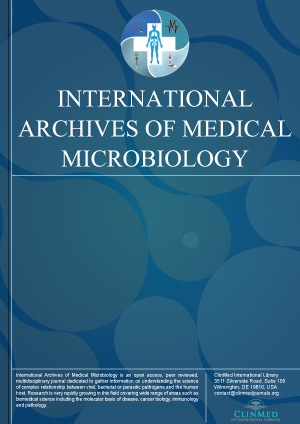