The incidence of female infertility is rapidly increasing among the Indian population which is also a reflection of what is happening all over the world. Today almost one in six couples face difficulty in conceiving (ref). Infertility is the inability of a couple to achieve conception after one year of unprotected coitus [1]. Around 36 to 44% Infertility in women is due to ovulatory dysfunction [2]. Chronic P.I.D. is also seen in reproductive age group and is an important cause of female infertility [3]. Endometriosis is one of the main illnesses affecting women during their fertile age. In infertility apart from surgical and medical treatment, like hormonal therapies etc., [4], Homoeopathy, is emerging as one such treatment with a definite role. The role of homoeopathy in treating infertility successfully is invaluable and often taken for granted thus creating a lacunae for genuine evidence based research findings. There is a global need for carrying out evidence based research, to avoid the unnecessary ill-effects, side-effects of antibiotics, hormonal therapy and complicated surgeries and to highlight the effectiveness of homoeopathy in the treatment of infertility. In a third world country like India, often the infertile females cannot afford surgery or expensive medication and they are always targeted and blamed for being infertile, causing immense psychological and mental torture, affecting their health and social status (ref)., Homoeopathic medicines are simple, safe, cost effective result oriented and being holistic can address these factors also by treating the underlying causes and preventing the ill effects of conventional medicine. This study has been carried out with the objective of assessing and evaluating the efficacy of Homoeopathic medicines (intervention) in treating infertile females to successful conception.

To assess and evaluate the efficacy of homoeopathic constitutional similimum in the management of female infertility.

Approval of the Institutional Ethics Committee of Father Muller Charitable Institutions was obtained before the initiation of the project. Infertile patients attending the obstetric and gynaecology opd of Fr Muller Homoeopathic Hospital were selected and their approval for the research was taken after obtaining their signs on the consent forms.

During a period of one and half year approximately 100 patients were enrolled randomly and investigations like Ultrasonography of abdomen and pelvis, Hysterosalpingography and Diagnostic laparoscopy were carried out whenever required to ensure enrollment of a minimum of 40 patients for completion of the trial.

• All other causes such as unknown infertility, congenital defects.

Feasibility: The study is feasible in terms of availability of patients at our OPD settings

Duration of study: Total of 3 years.

Patients were analyzed using investigations like Ultrasonography of abdomen and pelvis, Hysterosalpingography and Diagnostic laparoscopy as and when required before and after treatment. Homoeopathic remedies were procured from a licensed pharmaceutical company which are prepared according to the standards of the Homoeopathic Pharmacopoeia of India. Case-taking was done by Interns and post-graduates under the supervision of the Principal Investigator. The remedy was chosen according to the principles and practices of homoeopathy and given on the basis of constitutional totality after detailed case taking recording interpretation and evaluation of symptoms and when required repertorisation. The potency of remedy selected based on individual susceptibility was 200, 1 packet of powder, weekly for 2 months followed by 1M, 1 packet of powder once in 15 days for 2 months. Counselling was done and advice on frequency of intercourse was given. When the patients menses was delayed, urine pregnancy test was advised.

The types of infertility, 33 cases of primary and 7 cases of secondary infertility were included in the study.

Case distribution according to causes of infertility (Figure 2)

Figure 2: Case distribution according to causes of infertility. View Figure 2

Success rate according to causes of female infertility (Table 2)

The above observational findings and values of 40 patients were statistically analyzed for effectiveness of Homoeopathic remedies. Out of 20 cases of PCOD there was 85% success. In chronic PID, 70% were successfully treated. Data from the sample were subjected to McNemar's test to determine the significance of the effectiveness of Homoeopathic treatment. 'p' value in PCOD and Chronic PID were found to be 0.001 and 0.002 respectively, that were highly significant. 'p' value in Endometriosis was 0.206, that was not significant. This statistical tool was used to see whether there was significant difference or no difference before and after treatment.

In Endometriosis, the success was only 30%which was seen in mild endometriosis (Figure 3).

The remedies given were Natrum Mur in 16 patients, Pulsatilla in 7 patients, Lycopodium in 6 patients, Silicea in 3 patients, Calcarea Carb in 3 patients, Sepia in 3 patients, Phosphorous in 1 patient and Natrum carb in 1 patient. The remedy was chosen according to the principles and practices of homoeopathy and given on the basis of constitutional totality after detailed case taking recording interpretation and evaluation of symptoms and when required repertorisation (Figure 4).

Infertility is a major health issue challenging the global mass. Conventional medicine is not capable of treating all cases and many times despite the investigation being normal, the couple fail to conceive. In this scenario homoeopathy has a definite role to play. 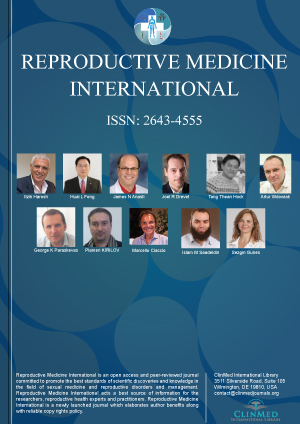