We provide the reader with a literature overview on the use and the implementation of the cognitive-behavioral interventions, and the assistive technology-based programs for improving adaptive responding of persons with Parkinson Disease. Three basic categories of studies were retained, namely (a) Gait and posture; (b) Leisure and occupation, and (c) Mental health. Twenty studies were reviewed and 3984 participants were involved. Assistive technology was primarily used for gait and posture, and ...

Even though muscle dysmorphia (MD) is classified as a body dysmorphic disorder, it shares similarities with eating disorders (ED). The aim of the present study was to explore similarities between men with MD, women with ED, and a control group of men with body related preoccupations, regarding self-esteem, body esteem, and personality traits. Analyses revealed that clinical groups reported lower body esteem, more perfectionism and narcissism than the control group; only the ED group showed a sig...

A Critical Review and Future Directions for Research: Personality and Social Entrepreneurial Success

Probably millions of people across the world dream of starting their own business, a fraction of them may gather the courage and resources to pursue their ambitions, and still, even a smaller fraction of those may persevere through the challenges and inevitable disappointments, entrepreneurial process may present; and finally, a very small number of entrepreneurs succeed in achieving their objectives. What determines the difference in behaviours and attitudes of these individuals? Why some never...

aregiving can be costly to dementia caregivers' well-being. Assessing the factor structure and psychometric properties of Cognitive-Behavioral Scales in dementia caregivers is an essential step in addressing the gap in the current state of research. Specifically, it is essential to determine first whether the factorial structure of the three measures used in this study namely, the Positive Thinking Skills Scale, the Revised Memory and Behavior Problems Checklist, and the Zarit Burden Interview a...

Kambo: A Shamanistic Ritual Arriving in the West - Description, Risks and Perception by the Users

The impact of priests and their institutions is vanishing in our culture. This depletes the society from religious experiences. However, many are looking into new ways of experiencing the essence of life. One of the new sources inspiring people to reconnect with themselves and with nature can be found in shamanism. Since some decades now rituals from the Amazon based on herbal products such as Ayahuascaare increasingly seen in Europe and the United States....

With the development and transformation of China's economy, "anti-corruption" has become the top priority of the Communist Party of China in recent years. Corruption is a kind of unethical behavior that the public power loss the public nature because of private using, it deviates from the value of public power and the goals of the value. Here, we review both experimental evidences documenting acts of small corruption and recent evolutionary cognitive models based on surveys of corruption. These ...

Pathogenic Beliefs and their Relevance in Psychotherapy: A Written Case Study

Goals of this single-case study are to assess whether tests according to Control Mastery Theory (CMT) can be reliably identified by trained raters and to examine whether the Psychotherapy Process Q-Sort method can adequately represent the test situation. A single case was analyzed by well-trained psychology graduates on the basis of the Plan Formulation Method. The interrater reliability of the identified tests was examined. In addition, the tests were classified according to the Psychotherapy P...

When the subject of death appears in the therapeutic context, dealing with it can be a complex task. Levinas proposed that there is no anxiety towards one's own death but rather that fear for death is fear for the Other's death, meaning that because of death's incomprehensibility, it can only be experienced when it happens to others....

This paper reviews recent empirical studies (N = 13) that focused on two cultural resources (spirituality and racial identity) utilized by African-Americans to cope with stress in an attempt to: 1) Provide some explanations why the minority status hypothesis is unfounded in most epidemiologic community surveys; and 2) Develop a theoretical framework that explicates this phenomenon. The review shows that both spirituality and racial identity reduced the negative impact of life stressors while pro... 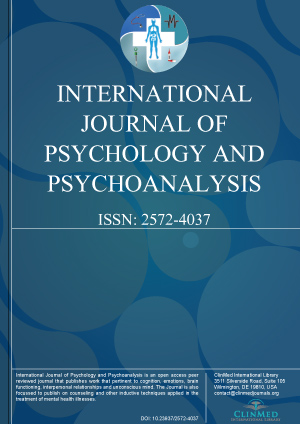