Department of Medicine, University of the Region of Joinville, Brazil

The correct diagnosis methods of Renal Cell Carcinoma (RCC) with Xp11.2 translocations are controversial in the current literature. Due to the possible failures of immunohistochemistry alone. So we present a possible scientific based answer with the articles yet available.

Due to the translocations lead to overexpression of TFE3 protein, detection of TFE3 protein by IHC assay is currently the most commonly used diagnostic technique in clinical practice [10]. So it's known that Xp11 translocation renal cell carcinoma is cytogenetically characterized by chromosomal translocations involving breakpoints in the TFE3 gene, which maps to the Xp11.2 locus. Histologically, a wide spectrum of morphology has been described in these tumors, emphasizing the need to consider these carcinomas in the differential diagnosis of unusual renal cell carcinomas occurring in either children or adults [3]. Also, it's important to say that the gross features of Xp11.2 translocation RCC are similar to those of conventional clear cell RCC. Macroscopically, the cut surfaces of the tumors are greyish-yellow in color and exhibit hemorrhaging and necrosis. Morphologically, the tumors comprise a combination of nested and papillary structures with clear-to-granular eosinophilic cytoplasm [11]. In contrast, the different subtypes of Xp11.2 translocation RCC are histopathologically distinct. Typically, cells of the alveolar soft part sarcoma chromosome region (ASPSCR)-TFE3 subtype are characterized by a higher amount of clear-to-eosinophilic cytoplasm relative to the other subtypes, and exhibit discontinuous cell boundaries, vesicular nuclei, and obvious nucleoli. In contrast, the typical features of PRCC-TFE3 Xp11.2 translocation RCC include a diminished cytoplasm, fewer psammoma bodies and hyaline globules, and a more nested structure [12].

Strong nuclear TFE3 immunohistochemical expression is a reasonably sensitive and specific marker for Xp11 translocation renal cell carcinoma [13]. With that being said Gaillot-Durand, et al. showed that nuclei stained with an intensity of ++ to +++ in IHC assay was necessary to suspect the diagnosis of Xp11.2 RCC [14]. However, recent studies have found that the positive predictive value of positive TFE3 staining for Xp11.2 RCC is very low as well as highly false positive results [15]. With that in mind, the diagnosis of Xp11.2 RCC should be not only made by IHC assay but also by such strict criteria as Fluorescence in situ hybridization (FISH) assay and other molecular biology [16].

In conclusion, we strongly believe that immunohistochemistry alone is not enough to diagnose Xp11.2 RCC and that it should be confirmed by another cytogenetic technique.

We declare no financial support and no material support.

All authors declare that there are no conflicts of interest.

And that all authors had an equally contribution. 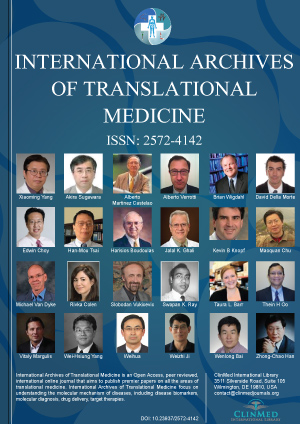 © 2021 Ribeiro PVZ, et al. This is an open-access article distributed under the terms of the Creative Commons Attribution License, which permits unrestricted use, distribution, and reproduction in any medium, provided the original author and source are credited.