Global Impacts of Legalization and Decriminalization of Marijuana and Cannabis

Purpose: The purpose of this article is to discuss global public health impacts of legalization and decriminalization of marijuana and cannabis regarding physical and mental health impacts as well as accident and death reports.

Method: Extensive review of the current medical literature was performed with a focus on papers discussing medical effects from marijuana use, public health impacts from legalization and decriminalization of marijuana and accident and death reports in various countries after legalization and decriminalization of marijuana. PubMed and Medline were utilized in this search. A total of nineteen articles have been referenced in this project. Although some literature cited was published more than five years ago, this information was felt to provide important for the purpose of this project. Most of the information was obtained from studies performed in the United States, Canada, Australia and Uruguay. Key words: marijuana, THC, cannabinoids, legalization, decriminalization, mental health, psychosis, accidents, deaths, lung disease.

Globally, cannabis is the most widely used illicit drug. According to the World Drug Report, 2020, there are approximately 192 million individuals who use marijuana on a frequent basis. Legalization of cannabis poses both benefits and threats to the countries that do so. Many countries have legalized cannabis with hopes of eradicating the black markets, lowering gang-related drug violence and deaths, increasing tax revenue, and improving overall safety and quality [1]. Despite the documented economic benefits of legalization and decriminalization of cannabis, the impact on public health needs to be ascertained. In Colorado, marijuana use in undergraduate college students increased substantially after legalization [2,3]. In Canada, impaired driving is the number one contributor of cannabis-attributed disease [4]. Cannabis smoking has been associated with an increase in bronchial and pulmonary disease, including chronic obstructive pulmonary disease as well as an increase in rates of lung cancer. The legalization and decriminalization of marijuana and cannabis also proposes an increase in cannabis use disorder. European data has reported an increased rate of cannabis-related hospitalizations for mental health [5].

Globally, cannabis is the most widely used illicit drug. According to the World Drug Report, 2020, there are approximately 192 million individuals who use marijuana on a frequent basis. Currently, seven countries have legalized recreational use of cannabis, including the United States of America, Canada, Mexico, Uruguay, Georgia, South Africa, and Australia. An additional forty-four countries have legalized medical use of cannabis [1]. Outside of the US, Uruguay was the first country to fully legalize cannabis in 2013 followed by Canada in 2018.

Legalization of marijuana and cannabis poses both benefits and threats to the countries that do so. Many countries have legalized cannabis with hopes of eradicating the black markets, lowering gang-related drug violence and deaths, increasing tax revenue, and improving overall safety and quality [2]. Legalization and decriminalization laws have also proposed a direct benefit of reduced spending in the criminal justice system as well as law enforcement. Renowned Harvard economist Jeffrey Miron speculated that in the US, legalization could reduce spending by approximately 7.7 billion to 13.7 billion due to reduced need of law enforcement, correctional and prosecutorial needs. Miron also speculated that marijuana taxation could generate up to 8.7 billion dollars in government revenue. Despite these proposed benefits, Columbia reported financial favoritism toward corporations and government and marginalization of the peasant farmers whose livelihoods depended on illicit drug crops.

Despite the economic benefits of legalization and decriminalization of cannabis, the impact on public health needs to be ascertained. In Colorado, marijuana use in undergraduate college students increased substantially after legalization [3,4]. The number of emergency department visits for cannabis-related medical problems increased in the US after legalization [5]. Uruguay reported a 52.4% immediate increase in motor vehicle fatality rates after legalization in 2013 [6]. There is also a growing concern that legalization and decriminalization will lead to increased underage use, which can have negative impacts on brain development. Data from Canada also demonstrates adverse effects in the work force, including increased industrial accidents, decreased productivity and increased employee turnover in workers who use cannabis compared to those who do not [7].

Increases in cannabis-impaired driving injuries have been reported in the US. Windle, et al. [10] analyzed fatal motor vehicle accidents in states prior to and after legalization of cannabis [10]. They reported 80,402 cannabis related deaths from 2007-2018, of which 18,580 occurred after cannabis was legalized. They found a 16% increase in fatal motor vehicle deaths after cannabis legalization. Based on statistical data, an estimated additional 4843 deaths per year could occur in the United States if cannabis is legalized in every state. When this information is extrapolated to Canada, based on the estimated increase of 16%, 308 additional motor vehicle accident fatalities would occur yearly following legalization of cannabis in Canada.

Kamer, et al. [12] evaluated the US Department of Transportation roadway fatality reports with a focus on the first four states that legalized recreational marijuana [12]. They utilized a prelegalization period from 2008-2012 and a poster-commercialization period from 2016-2018 with a control group that consisted of twenty states that did not legalize recreational or medical marijuana. They concluded an increase in traffic fatality rates in the states with legalized recreational marijuana. After utilizing national driving statistics, they estimated a predicted 6800 more traffic fatalities per year if marijuana was to be legalized nationwide.

Cannabis smoking has been associated with an increase in bronchial and pulmonary disease, including chronic obstructive pulmonary disease as well as an increase in rates of lung cancer. Marijuana is reported to have 20 times the level of ammonia compared to traditional tobacco products. Marijuana is also reported to contain 3-5 times more hydrogen cyanide, nitric oxide, and aromatic amines than tobacco [13]. Similar to cigarettes, marijuana contains carcinogens, including phenols, polycyclic aromatic hydrocarbons and nitrosamines. Marijuana is reported to contain 50% more benzopyrene and 75% more benzanthracene than cigarettes; both of which are carcinogenic.

Martinasek, et al. [14] performed a systematic review of available peer-reviewed medical literature regarding respiratory effects of marijuana [14]. Out of twelve studies reviewed, eight indicated an increased risk of lung cancer and four indicated either no risk or decreased incidence. Gracie and Hancox similarly examined pulmonary effects of cannabis smoking through reviewing meta-analysis observational studies as well as cross-sectional studies [15]. The meta-analysis demonstrated that cannabis smokers were twice as likely to develop cough and four times as likely to develop sputum production when compared to nonsmokers. In the five cross-sectional studies reviewed, cough (RR 4.4), sputum production (RR 3.4), dyspnea (RR 1.6) and chronic bronchitis (RR 2) were more prominent in cannabis smokers. One limitation to these results was that concurrent cigarette smoking was not adjusted for in these studies. Tashkin and Tseng performed a longitudinal cohort study of 299 individuals [16]. They concluded that over time, marijuana smokers regardless of tobacco use history demonstrated higher incidents of chronic respiratory symptoms when compared to nonsmokers. They also concluded over an 8-11 year period, individuals who continued to smoke marijuana demonstrated higher incidents of chronic bronchitis when compared to both nonsmokers and former smokers. Although airflow obstruction has not been proven with marijuana smoking, they reported elevated airway resistance has been demonstrated via videobronchoscopy and endobronchial biopsies. One limitation in these studies is that the extent and frequency of marijuana smoking was not evaluated.

The legalization and decriminalization of marijuana and cannabis proposes an increase in cannabis use disorder. European data has reported an increased rate of cannabis-related hospitalizations for mental health [17]. Marijuana use has long been associated with mental health disorders, including depression and drug dependency. Tetteh, et al. [18] reported that globally, approximately 13 million students aged 15-16 years old use marijuana [18]. With the use of the Global School-Based Student Health Survey, they conducted a cross-sectional study of 32,802 students from ten African countries. They concluded that marijuana users had a 12% increased likelihood of suicidal ideation, 18% suicide planning and 31% repeated suicide attempts.

The use of marijuana has been associated with an increase in the development of psychotic disorders. Marconi et al reported an associated between psychosis associated disorders, including schizophrenia, and the extent of cannabis use [19]. They reported a two fold increase in psychosis in average users and a four fold increase in very heavy users when compared to nonusers. Subjects with a pre-existing psychotic disorder were excluded from their analysis. They concluded that unlike other abused substance, such as alcohol, there is no current data that defines what is considered a safe amount of cannabis use in regard to the risk of developing psychosis.

Hickman and Zammit reported that the active ingredient in cannabis, delta-9-tetrahydrocannabinol (THC), can cause psychotic-like experiences that are transient [20]. They reviewed epidemiological studies and concluded there is sufficient evidence supporting the risk of the development of psychotic disorders in both regular and heavy cannabis users. Thus, cannabis use may be a modifiable risk factor in the development of schizophrenia and other psychotic disorders. Cannabis use thus poses a significant public health risk in regards to mental health disorders. The authors do not define the amount that places a person in the category of regular versus heavy users. 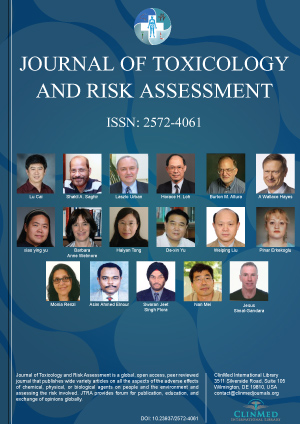 © 2022 Mollner K. This is an open-access article distributed under the terms of the Creative Commons Attribution License, which permits unrestricted use, distribution, and reproduction in any medium, provided the original author and source are credited.