The purpose of this study to analyze and discuss the magnitude of the correlation between aerodynamic evaluations, acoustic measures, and auditory-perceptual parameters. We analyzed 39 voices of patients with benign vocal pathology. Four sensitive acoustic parameters were measured from a sustained vowel /a/ and aerodynamic parameters from a set of syllables /pi//phi//p’i/. Perceptive assessment was performed using the GRBAS (Grade, Rough, Breathy, Asthenic, Strained) scale. Firstly, results po...

Genes Involved in the Development of Autism

Autism is still considered a very complex disease, since it has diverse etiology, with multiple factors apparently associated with its appearance. However, none of them reveals to be totally responsible for its development. Nowadays, this disorder is considered to have a strong genetic component with the interaction of several genes. Furthermore, other diseases with well-known etiology might also be related with autism. The aim of this review is to discuss, through bibliographic search, genetic ... 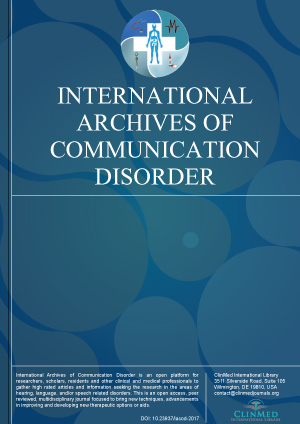