Dehydration Prevention and Diagnosis: A Study in Long-Term Geriatric and Palliative Care

Physical Approach towards the Problem of Aging

In the beginning of the century L. Boltzmann was the first to represent the increasing entropy process as a time flowing characteristic. Besides, he pointed at a possible time reversion process in micro systems. A symbol of aging of any system - alive or inanimate is the entropy increasing. Is this process reversible? For short periods - yes and biological systems represent examples of it. Unfortunately, any reversing of the entropy sign in these systems is possible only for short periods of tim...

Suicide attempts double death by suicide rates. To date it remains the only behavior that predicts more harmful future reattempts or deaths from suicide. However, few studies have analyzed the sociodemographic and clinical profiles of older adults who have suffered self-inflicted injuries or attempted suicide. To assess which sociodemographic and clinical variables are more predictive of a high-lethality or definitive future suicide reattempt in older adults who have suffered self-inflicted inju... 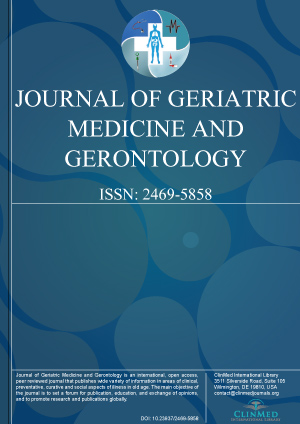