Alport syndrome is an inherited disease of collagen IV leading to progressive glomerular sclerosis associated with variable degrees of proteinuria and haematuria, sensorineural deafness and ocular abnormalities. Here we describe a novel mutation involving the COL4A5 gene leading to X-linked Alport syndrome (XLAS) in a Singhalese family of six children born to nonconsanguineous parents of Sri Lankan origin. The eldest 19-year-old male was found to have microscopic haematuria and proteinuria. His ...

As COVID-19 has spread from its origin in Wuhan, China, into a global pandemic, there has been a number of efforts to understand the mutations and clusters of genetic lineages of the SARS-CoV-2 virus. The high mutation rate and rapid spread makes this analysis capable of tracking chains of infections as well as putting individual sequences in context. So far, phylogenetic analysis methods have recently found a broader application in this regard. Here we demonstrate that Principal Component Analy...

Helicobacter pylori is a spiral, microaerophilic and motile bacterium originated by its polar flagella that is the etiological reason of chronic gastritis, peptic ulcer, gastric cancer, and extra-gastrointestinal diseases. The human stomach is considered the only host of this bacterium. This bacterium has been residing in the human stomach for many years and has been coevolved simultaneously with its host, especially since the horizontally transmitted condition is not observed in Helicobacter py...

Which Aligner Software is the Best for Our Study?

Alignment is the first step in most RNA-seq analysis pipelines, and the accuracy of downstream analyses depends heavily on it. Many algorithms have been developed for this alignment step. Due to the increasing growth in the use of aligning and mapping software, this software has become particularly important. This seemingly worthless issue but it is confusing and difficult to compare results from different approaches. We performed a comprehensive benchmarking of 4 popular and common aligners and... 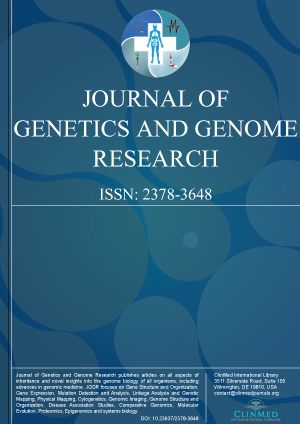