Stressful environmental conditions are ecological force in modulating adaptive responses of fish populations in aquatic ecosystems with a large number of biochemical and physiological effects associated with increased fluxes of oxyradicals. This study was aimed to examine the impacts of oxidative stress and histological changes in organs of Chrysichthys nigrodigitatus from Ologe and Badagry lagoons. Biomarkers such as biochemical markers [malondialdehyde (MDA) and superoxide dismutase (SOD) and ...

Since 2015, the World Health Organization has regarded the ingestion of processed meat as a definite carcinogen and red meat as a probable carcinogen, basing their recommendations on studies showing an increased risk of colorectal cancer. The findings have led many to limit their ingestion of red and processed meat. Over the past several decades, a growing body of literature has formed regarding the possible harmful, if not carcinogenic, effects of fumes emanating from cooked meat on humans. In ...

Contamination of aquatic environment is increasing and has been associated with indiscriminate discharge of solid wastes and effluents generated from industrial, domestic and agricultural activities. These wastes and effluents contain harmful substances, such as metals, which constitute a major problem on the quality of the Nigerian coastal water. This study evaluated the impacts of heavy metals on the water and sediment quality of Ologe and Badagry Lagoons, South-West Nigeria. The heavy metals ...

Evaluation of Lung Cell Toxicity of Surfactants for Inhalation Route

Since 1950 to 2018, about 6.3 billion tonnes of plastics have been produced worldwide, 9% and 12% of which have been recycled and incinerated, respectively. Human population increase and consistent demand for plastics and plastic products are responsible for continuous increase in the production of plastics, generation of plastic waste and its accompanied environmental pollution. We have reviewed in this paper, the most relevant literatures on the different types of plastics in production, the h...

The systemic toxic effects of di-isononyl phthalate (DINP) were evaluated in a 4-wk study in male Sprague-Dawley rats. The animals were administered DINP intravenously at dosages of 125, 250, and 500 mg/kg every other day for 4 wk. The control and the positive control group were administered vehicle (egg yolk phosphatides plus glycerol solutions) and 500 mg/kg di(2-ethylhexyl) phthalate (DEHP), respectively. Clinical signs were observed immediately after administration and consumption of food, a...

Risk Assessment and Communication in Pharmaceuticals: Recognizing the Differences in Occupational Health and Medication Safety

Pharmaceuticals are the most common medical intervention. Ensuring workers and members of the public get the most benefits from advances in modern medicine is a critical component of improving the health care system. Pharmaceuticals bring healing to patients but increased risk of illness have been reported among workers manufacturing, handling and administering pharmaceutical products with inadequate attention to personal safety. Their potential for both helping and harming human health can be p...

Plastic Additive Bisphenol A: Toxicity in Surface- and Groundwater Crustaceans

Bisphenol A (BPA) is being considered by the European Union as a substance of very high concern, occurring worldwide due to its wide application in many plastic products, building materials, coatings and epoxy resins. The toxicity of BPA in groundwater invertebrates is insufficiently understood. Both acute (24 h) and chronic (28 d) toxicity was compared in Daphnia magna and ecologically important crustaceans in surface water (Gammarus fossarum, Eucyclops serrulatus) and groundwater (Niphargopsis...

In this paper we discuss the problem of predicting the fish toxicity property of chemical compounds, and show how this can be approached using a computational intelligence method. There are two views on assessing toxicities: One says that such properties can be derived from the whole molecular structure, the other that some specific functional substructures, called Structural Alerts (SA), are able to explain the toxicity. In this work, a new Structure-Activity Relationship (SAR) approach is prop... 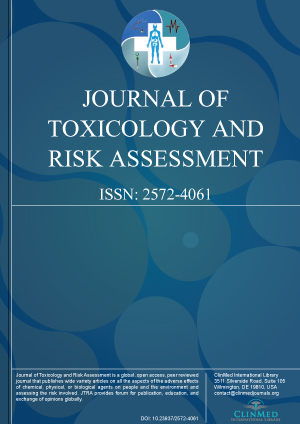