Prevalence of Overweight and Obesity among Intermediate Schools Students in Buraydah, KSA

A cross-sectional study was carried out in a government school in Buraydah, during academic year 2018-2019. All the study population were subjected to a predesigned questionnaire that included questions related to socio-demographic characteristics, life style (physical activity and eating habits) and anthropometric measurements including height, weight and body mass index. This study found a relatively high prevalence of overweight and obesity among intermediate school’s students, aged 13-16 y...

Misbranded and counterfeit dietary supplements have been an issue on which the US Food and Drug Administration has been vigilantly regulating. The ubiquity of online- shoppable weight-loss supplements and their unrestricted consumption by obese people are serious matters of concern. Fucoxanthin, a brown-seaweed-extracted carotenoid has exhibited anti-obesity property in some clinical trials through its ability to over express uncoupling protein (UCP1) in the white adipose tissue, which leads to ...

A reliable method to predict postoperative risks may improve surgical risks and ensure preventive precautions to reduce complication risks. American Society of Anesthesiologists (ASA) is a common method to determine surgical risk, but at first glance it appears to be insufficient to determine the risk of morbid obesity surgery. The greatest advantage of Obesity Surgery Mortality Risk Score (OS-MRS) is the use of five easily obtained clinical variables. A possible disadvantage is that it may only...

Use of Text Messaging as an Intervention to Promote Weight Loss and Reduce Waist Circumference among an Overweight and Abdominally Obese Patient Population: A Randomized-Controlled Quality Improvement Study in Primary Care

Obesity is a national epidemic resulting in significant morbidity and mortality. Weight loss as modest as 5% of body weight significantly reduces the risk of hypertension, diabetes, and cardiovascular disease. The primary aim of this pilot study was to test the efficacy of a text messaging intervention in a primary care setting to motivate overweight patients to lose weight and reduce their waist circumference....

Blacks have a greater need for kidney transplants than other American ethnic groups. Overrepresented on kidney transplant waiting lists (13%), they account for 35% of those waiting. Recent studies show that Black live donors are at greater risk for kidney failure, (44%) after donation, compared to other ethnicities. Explanations for these live donation data are few. While diabetic, hypertensive or morbidly obese Blacks are excluded as live donors; those overweight or obese are not. Participants ...

Laparoscopic roux-en-Y gastric bypass (LRYGB) surgery is often performed on patients with body mass index (BMI) > 35 kg/m2 in Europe and the United States. Due to the risk of malnutrition, LRYGB is not always suitable for Chinese diabetic patients, particularly for those with type 2 diabetes mellitus (T2DM), a BMI < 35 kg/m2, and when nutritional levels are not great pre-surgery. Modified gastric bypass surgery is reserved for diabetic patients with BMI < 35 kg/m2 by Chinese clinicians in order ...

Venous Thromboembolism and Bariatric Surgery in the Middle East Region

Idiopathic Colitis after Bilio-Pancreatic Diversion: A Report of Two Cases and a Review of the Literature

Biliopancreatic diversion (BPD) is considered the most effective procedure for the surgical treatment of morbid obesity. First presented by Dr. Nicola Scopinaro in 1976, this operation proved safe and reproducible, with astonishing results regarding weight loss and weight maintenance for many years after the operation. Possible late complications include anemia, stomal ulcer, bone demineralization, neurologic complications, and protein malnutrition....

Approach to Obesity Management in the Primary Care Setting

Obesity is a complex, multifactorial disease that develops from the interaction between genotype and the environment. Our understanding of how and why obesity occurs is incomplete; however, it involves the integration of social, behavioral, cultural, physiological, metabolic, and genetic factors. Genetics has been a common variable researched among scientists, and the link has been proven between genetic predisposition and likelihood of developing obesity.... 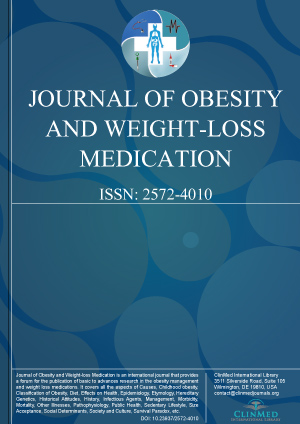