Attitudes Toward People with Epilepsy in Libya, the Conundrum Continues!

A close and contemplative look at the published neurology literature makes it clear to the reader that epilepsy research possesses more popularity and occupies a higher position in the plethora of scholarly medical writings. Perhaps the reason behind this is that epilepsy nowadays has become more than just transient seizures that are treated with drugs to put an end to seizure recurrence, but rather it is a disease that permeates all aspects of the patient's life. Epilepsy affects not only the p...

The apolipoprotein E4 (APOE4) allele represents the single greatest risk factor for late-onset Alzheimer’s disease (AD) and accumulating evidence suggests that fragmentation with a toxic-gain of function may be a key molecular step associated with this risk. Recently, we demonstrated strong immunoreactivity of a 151 amino-terminal fragment of apoE4 (E4-fragment) within the nucleus of microglia in the human AD brain. In vitro, this fragment led to toxicity and activation of inflammatory process...

Parkinson’s disease (PD) is the second most common neurodegenerative disease, presenting with the loss of dopaminergic neurons in the substantia nigra pars compacta (SNpc) and motor symptoms. Categorized as a synucleinopathy, the pathological hallmark of PD is intracellular filamentous Lewy bodies (LB), which are formed from protopathic aggregates. The most prevalent of these proteins is the presynaptic protein ɑ-synuclein (α-syn). While commonly attributed to neuronal death in SNpc, postmor...

Alzheimer’s Disease: Beyond A Genetic Disease

Alzheimer’s disease (AD), the most common type of dementia or neurodegenerative diseases since the beginning of the past century when it was coined by the German psychiatrist, Alois Alzheimer in 1901 holds an allusive etiology, and as a result failed most treatment and prevention strategies. Despite the common belief among the experts of AD being a genetic disease, the genetic heritability of this disease has such a wide range of 50-80% in twin and family studies that questions the totality of... 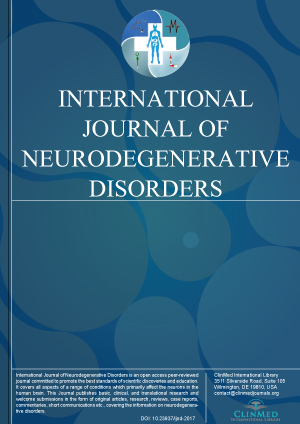